German Translation: Your Next Step in Expanding Your Business 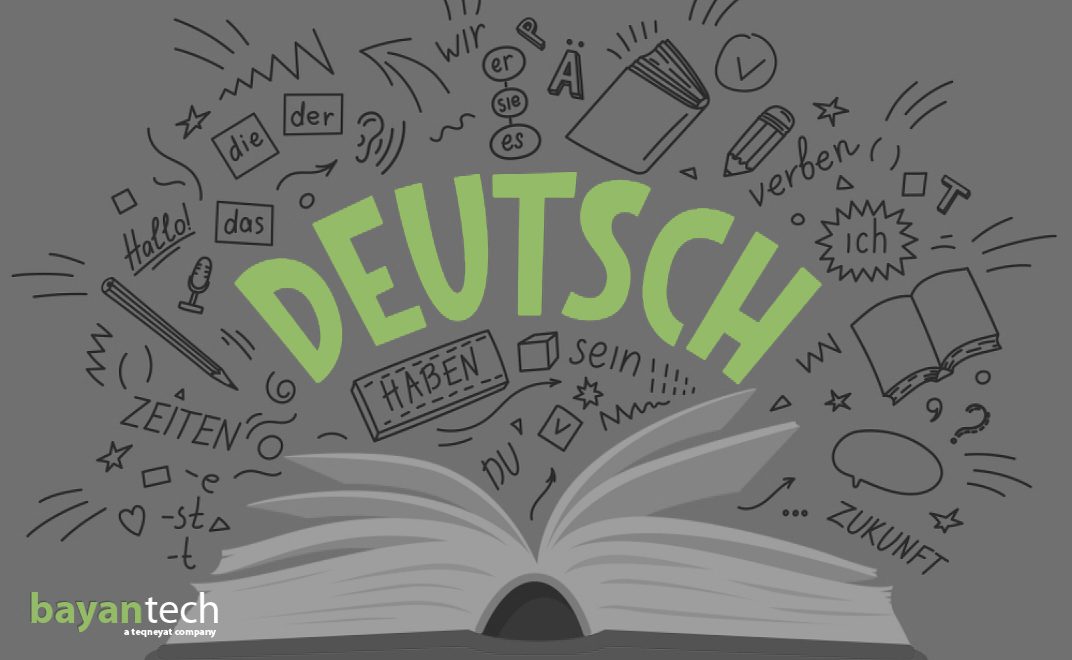 In this fast-paced world, a lot of companies seek to develop their business expansion plans, because there’s always room for more customers, global partnerships, and revenue increase. It just might get tricky where to go and how to start. But, if you are ready to make your business grow, so here’s a cue:

There has been a noticeable increase in demand for German Translation

We know you have lots of questions on your mind, but we’ve got all the answers. This blogpost will definitely serve as a mini-guide for you to why you should incorporate such kind of translation in your expansion plan and how everything can go as planned.

Frankly speaking, there are more than 3 reasons for hopping on the German translation board. However, we’ve decided to slim down the list to the most compelling reasons.

When it comes to business and world economy, it comes as no surprise that Germany leads the way.

These are some facts about German economy:

The German market is diverse and the options to expand your business in Germany are vast and limitless. Germany has its arms wide open to the establishment of all types of businesses.   It’s a country that offers you a golden ticket to be one of the important players in the global economy. Pretty much why every business owner and corporation should be looking to establish business in German and catch up with this Thoroughbred.

With nearly 100 million people speak German as their first language, German language is one of the most widely spoken native language in the European Union (Germany, Austria, Switzerland, Belgium, and others) and one of the top ten languages on the internet, according to the Internet World Stats. Nowadays, German has become one of the most important languages for business. True thing is the world speaks English, but customers do prefer their own language, especially when it comes to paying money. That’s why, your business should speak the language of the target audience, which in this case is German.

“If I am selling to you, then I will speak your language, but if you are selling something to me, you must speak German.” (Willy Brandt, Former German Chancellor)

If this tells us anything, it would be that incorporating German translation in your business expansion plans is the kind of investment which increases your sales opportunities, guarantees your profit potential, and strengthens your brand name.

So, it totally makes sense to know that Germany is the biggest e-commerce market in Europe, with revenues

amounting to US$70,345m in 2018.  On top of that, the e-commerce market is expected to show impressive growth rates, thanks to Germany’s big online presence with its high internet penetration rates and the huge number of internet users, as well as the purchasing power.  With 58 million online shoppers, over 50% of them purchase from international sites. Amazon, eBay, and the German retail company, Otto, are the top 3 online stores visited by German online shoppers.2

Did you know that Germany’s de is one of the most popular country code top-level domain?

By now, it’s crystal clear what makes German translation of your business is a worthwhile choice. If anything, it is the door to your business to reach larger audience overseas (not just in Germany), compete with global market players, and achieve your expansion plan.

But, what can get in the way of this promising expansion plan? The answer is right below.

Translation is challenging; this is something that has been deemed to be true, way back. That being the case, there are a lot of issues and challenges associated with this kind of translation, which surprisingly are far more distinct than any other types of translation.

These challenges can be categorized into: linguistic, cultural, and technical challenges.

German language has a reputation; not-so-flattering one, though, for being complex. Grammar and structure is specifically a challenging territory. Things like lengthy compound words and noun genders – German nouns can be either masculine, feminine, or neutral-gender- are some of the distinct features in German language. Another feature is the fact that German language has many intricate rules to follow in building the sentence structure… and lots of exceptions.

On the other hand, there are different German dialects.  These dialects changes drastically depending on the region they are spoken in; whether spoken in different regions in Germany or in other countries Switzerland, Austria…etc. The differences between these various German dialects is extreme to the point that Germans might not be able to understand Swiss German.

The role that culture plays in the process of translation is undeniable. This role goes beyond words –aka the context. Studying the culture of the German speakers, one can conclude that it’s quite unique and entitles a lot of requirements. The following are some distinguished aspects of the German culture:

By technical, here, we chiefly mean couple of things like the lack of qualified resources, which might hinder the whole translation process. There are a few resources available to rely on as a solid reference.  This is can be as overwhelming as it gets, especially with specific language pairs like German-Farsi, German-Arabic, German-Turkish, German-Rare Languages, German- African and Asian Languages.

Another thing is Germany’s unemployment rates that hit an impressively low record in May 20183, which reflects the flourishing stability of Germany’s labor market with 800,000 permanent, full-time jobs. That shouldn’t be a disadvantage! However, this has had its impact on the translation industry, due to the limited availability of qualified and proficient German translators on a freelance basis, which makes it hard to keep up with the increasing demand for translation.

Good news is: this won’t be a problem anymore!

Things don’t have to be as challenging as they sound. We’ve figured it out for you! And here’s how you can have a slick and cost-efficient German translation process.

The increasing demand for this type of translation has prompted everyone in the industry to work really hard to find the best ways and strategies to overcome the challenges.

In this section of our blog, we explore some of these strategies that can help you translation project drastically.

So, why German translation? Maybe because there’s no reason not to! The German market is thriving and it’s getting more tempting more than ever to be part of it. Of course, there are challenges and considerations along the way. However, all it takes to make it work out the best way possible is a thorough planning.  This starts with seeking the help of a professional partner that would not only understand the nature of the job and the requirements of the project,  but has also a firm foundation of the best practices and strategies to carry it out smoothly.

bayantech is your reliable, professional partner. We are ready to discuss your project, so let’s get in touch.
contact us

Article Name
German Translation: Your Next Step in Expanding Your Business
Description
German translation can take your business to the next level. Here are the reasons, in addition to some effective strategies and tips for the best outcomes.
Author
Israa Anwar
Publisher Name
bayantech
Publisher Logo 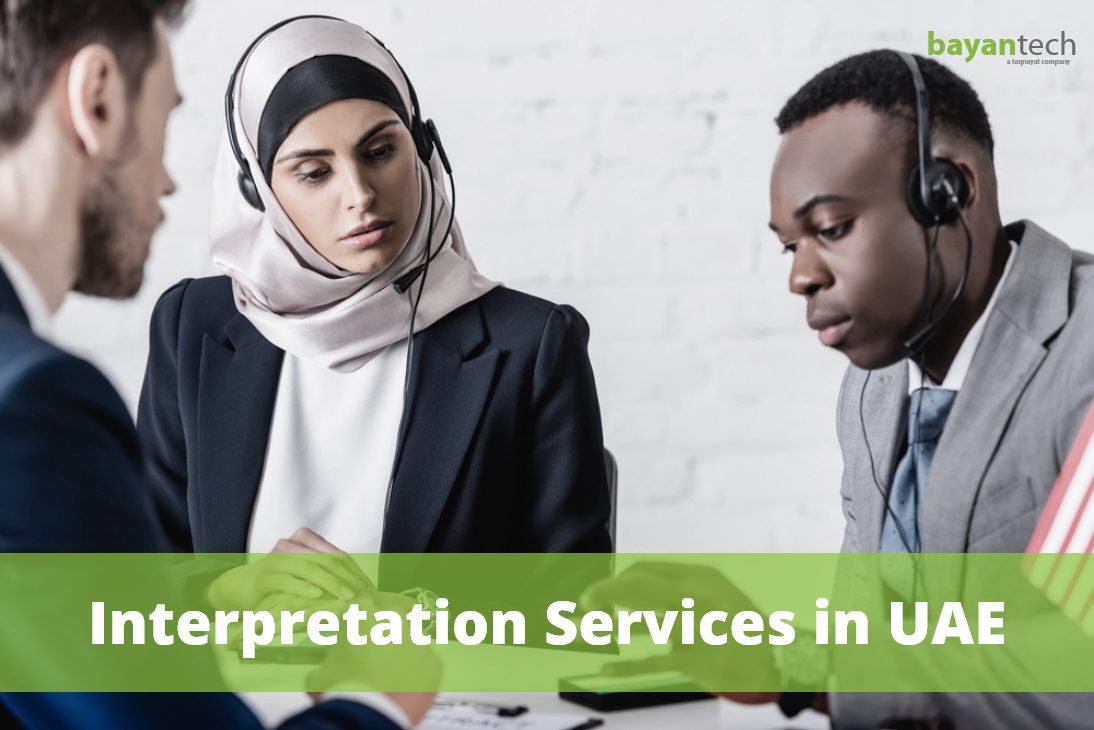 Interpretation Services in UAE: All The Tips You Need To Know

Wondering why interpretation services in UAE are worth the investment? Find the answer and get some handy tips in our article. 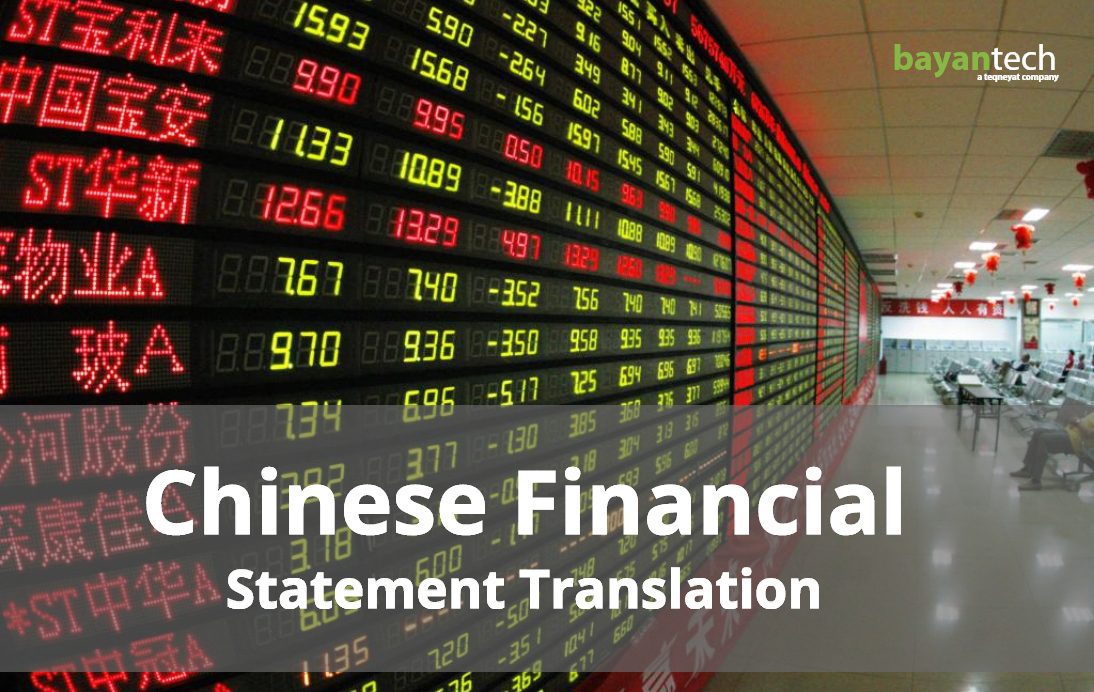 Chinese Financial statement translation is quite a challenging process. Learn everything there is to know and a few useful tips on our blog. 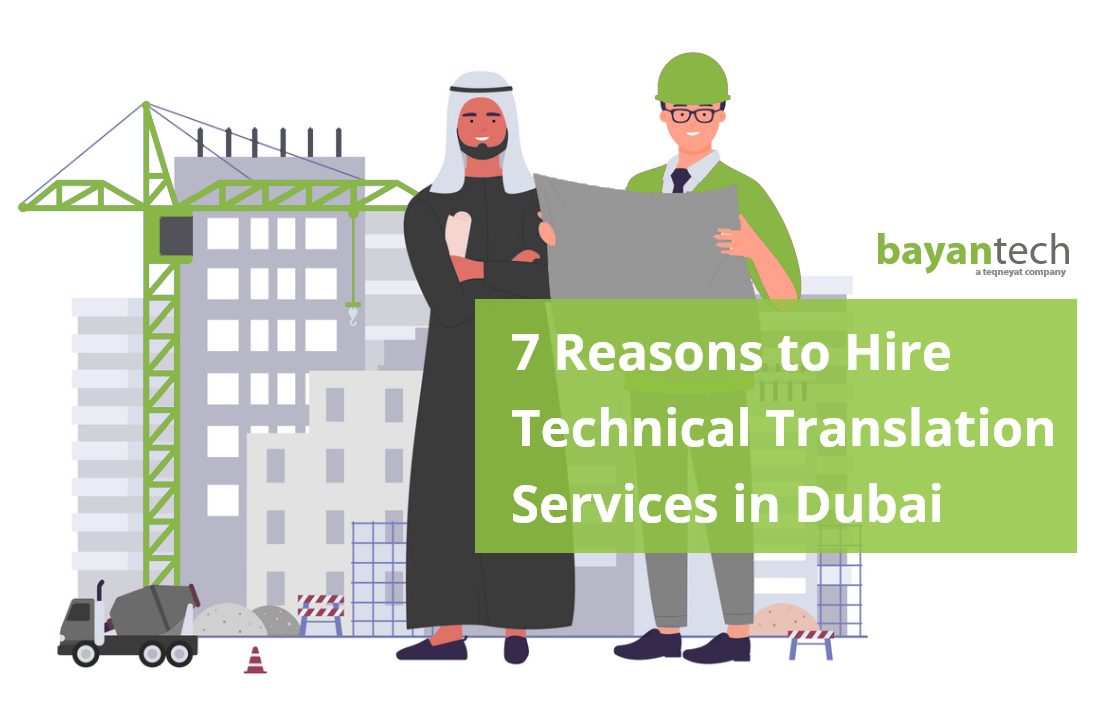 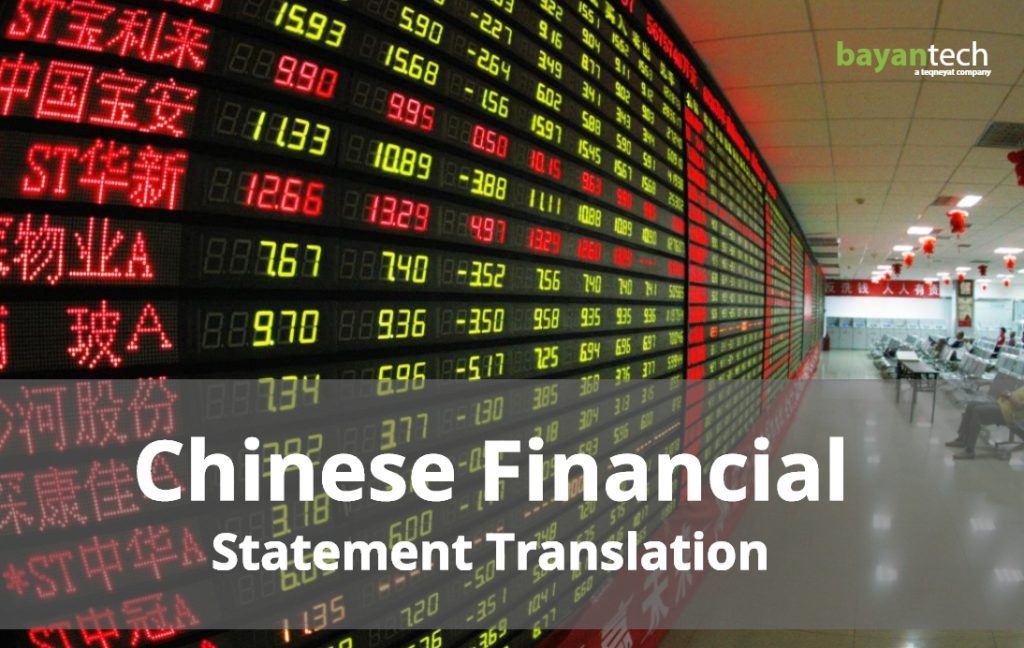 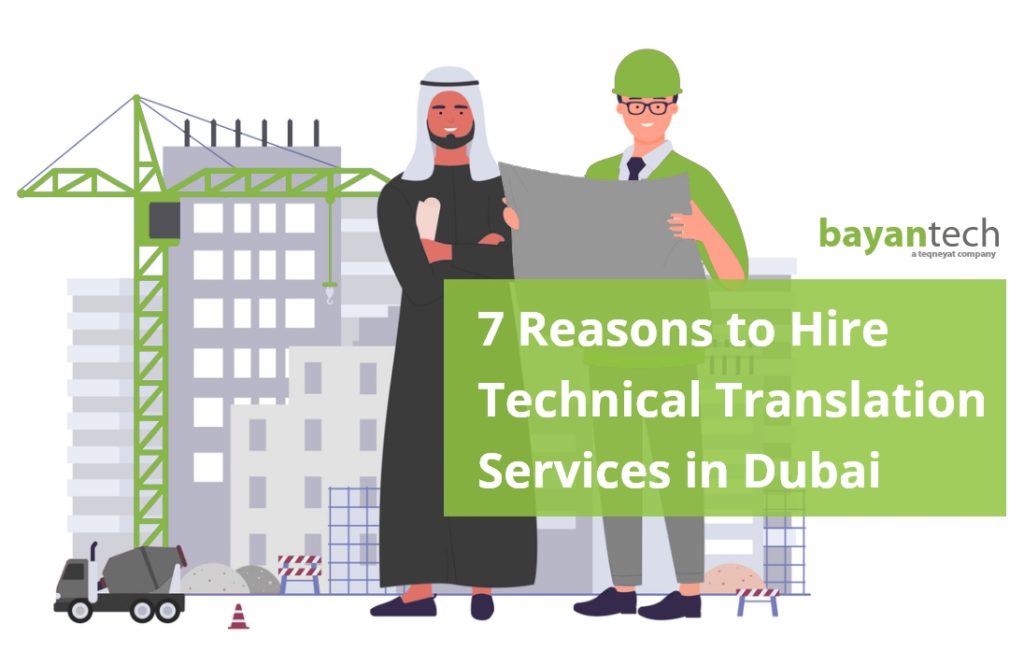 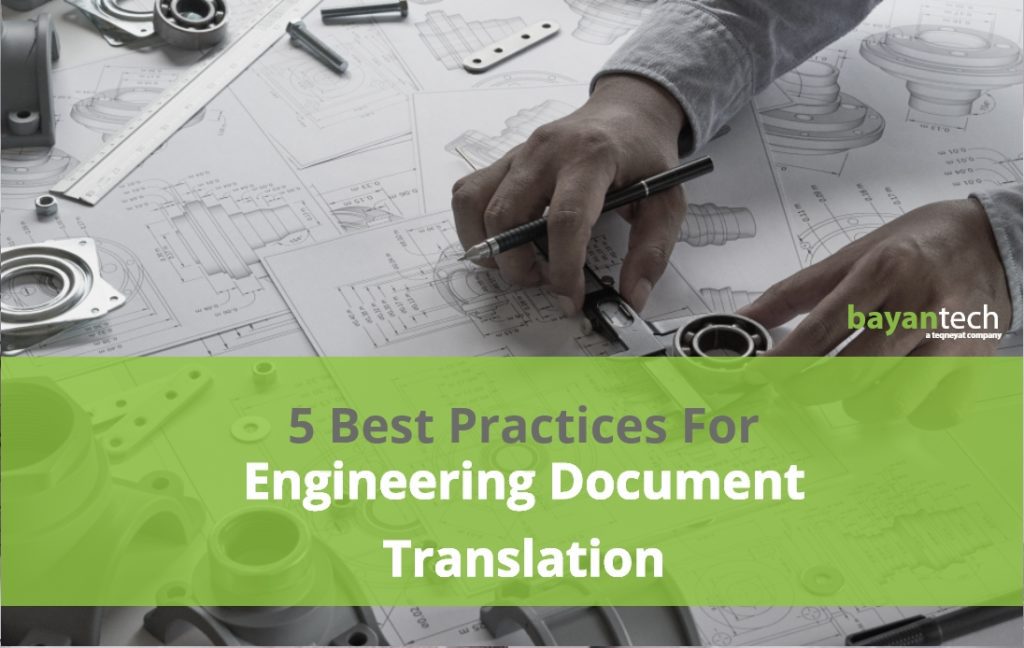 Interpretation Services in UAE: All The Tips You Need To Know