How to Conduct Localization Testing in Software Testing 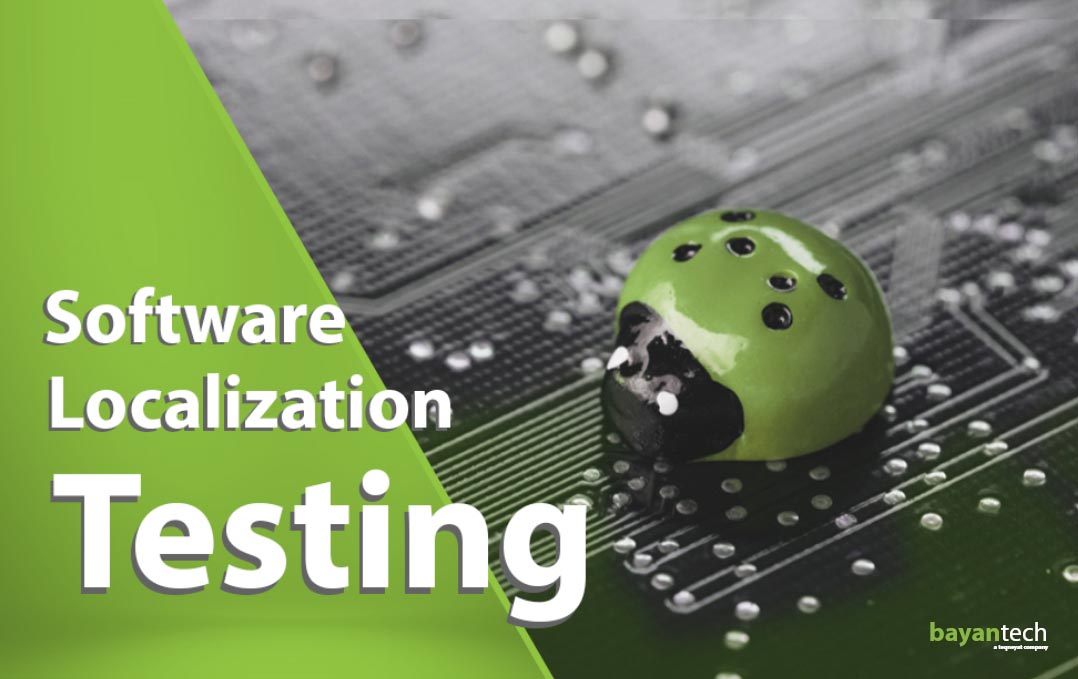 Every design, development, and product creation process requires testing. One could even say that a product is only as good as its quality assurance process.

When it comes to digital products, QA (quality assurance) is evolving at the same speed as the disciplines that surround it. Agile methodologies, multi-platform testing, and partial automation are some of the trends shaping QA’s future.

But, for a software application to reach an international audience, it has to be localized (adapted) to meet their needs. And that adaptation has to be effective and complete. Localization testing is a key part of this process. Whether you’re embarking on a website localization process or translating an app, you should have a solid understanding of the role of localization testing in software testing.

If a piece of software is targeted at international users, localization quality and usability are one and the same. Your product must go through localization testing before it goes out into the market.

In this article, we’ll build up an understanding of localization testing in software testing, step by step. 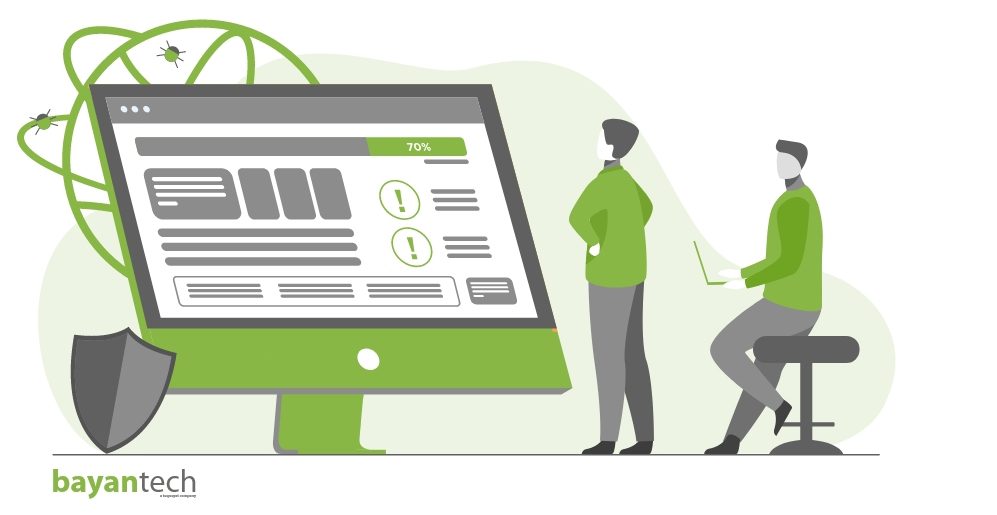 What is Software Testing? ​

Going to market with a defective product can be devastating. If your product was designed for the medical sector or for finance, bugs may have a human cost. But even if your product is more innocuous, buggy software isn’t competitive.

There are over 150 types of software testing. Each type of testing targets a different aspect of the product, through a different method. Accessibility testing, for instance, tests whether the software is accessible for the disabled. Age testing evaluates whether the product is future-proof or will become glitchy and outdated in the short term. Ad-hoc testing, on the other hand, is done without any context or documentation. When engaging in this latter type of testing, the team will try to “break” the product and see if it resists. Localization testing is just another dimension of software testing.

Now that we have a clear idea of what software testing is, let’s take a look at software localization. 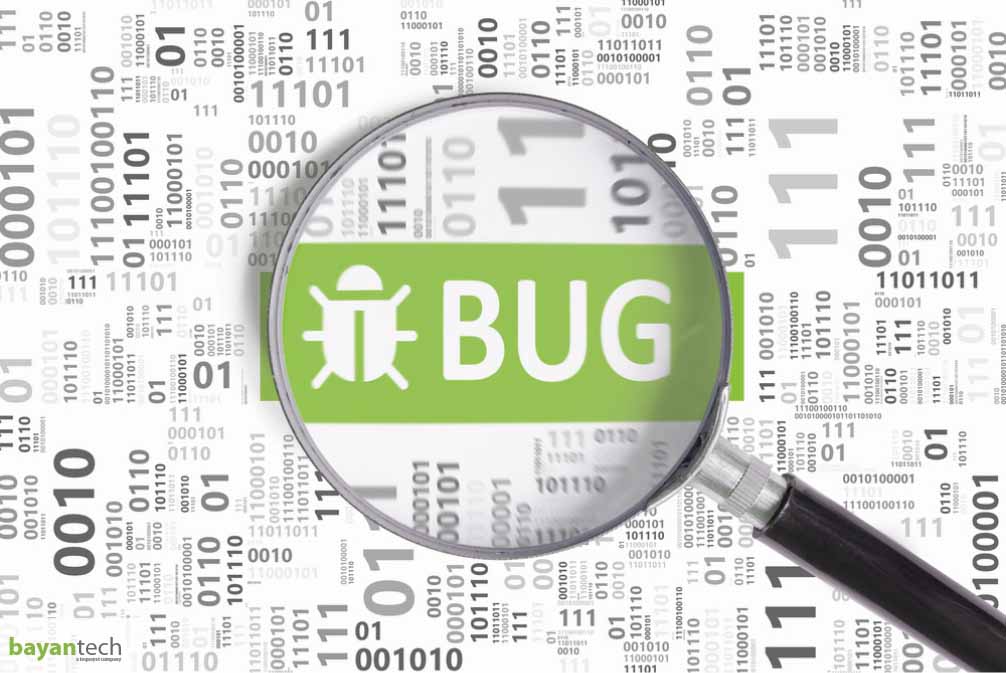 What Is Software Localization?

We live in a hyper-connected world. Approximately 3.5 billion people use the internet every day to make purchases, to work, to study, and to stay in touch with loved ones. Software applications allow people from all over the world to satisfy needs and meet goals, so the ability of a company to gain market share in a specific region is tied to its presence on the internet.

But you cannot appeal to people from different cultures using the same strategy and offering them the same product. It’s important that you take their cultural preferences, linguistic differences, and lifestyles into account.

Software localization is the process of adapting a piece of software to a target market. This involves tweaking cultural and technical components of both the software’s content and its interface to the preferences, regulations, and needs of a certain international audience.

Software localization is often used as an umbrella term. It can refer to eLearning platforms, mobile apps, websites, and even complex medical devices. Once all aspects of the software have been adapted, the software needs to be tested. Localization testing in software testing isn’t optional. In fact, it’s not only a way to prevent a buggy final product, but also the most effective way of doing so in terms of costs.

What We Mean by “Localization Testing” in Software Testing

When all relevant aspects of a product have been translated and localized, the software needs to be compiled, to integrate the localized content within the adapted code of the executable application.

The next step is ensuring that the software maintains its functionality in the targeted language or region. This involves a wide array of tests, but the more critical ones are focused on ensuring that linguistic and user interface changes haven’t hindered the product’s functionality. This is what we call localization testing in software testing.

The main difference between testing and quality assurance is that testing is all about the product itself, and QA is strategically focused. The goal of localization testing in software testing is a fully functional and culturally adapted product. The goal of QA is a product that meets the standards of stakeholders and moves them closer to their goals. 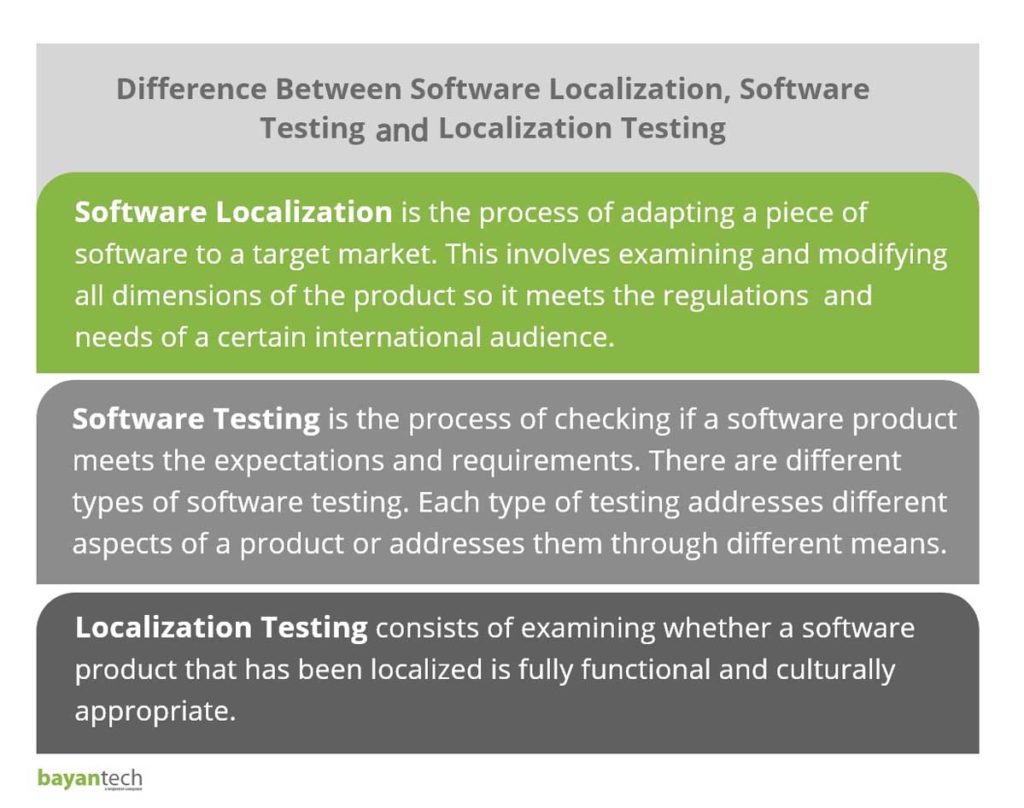 Stay Ahead
Sign up to our newsletter to receive the latest blogs and news.

Let’s explore them one by one.

Because the software localization testing process is conducted with a specific region in mind, you have to pay attention to linguistic differences and variations. In some regions, like Latin America, a variant of Spanish is spoken, which differs greatly from what is used in Spain. Even within the region, there are a lot of differences in the same language, which will greatly impact the localization testing process. Terminology, phrasings, and even grammar may vary from country to country. All of these aspects have to be considered when conducting linguistic testing.

User interface testing focuses on correcting potential errors in the software’s elements,such as non-functional buttons or broken layouts. For instance, Arabic is written from right to left, so if you’re localizing to enter an Arabic-speaking market, you’ll need to mirror some elements along with the text. You may need to change your interface’s fonts if your original choice doesn’t include the Arabic writing system. In this case, it’s especially necessary to ensure that all text is displayed correctly.

It is widely known that a body of text written in German takes up a lot of space, compared to other languages. According to W3C’s internationalization guidelines, a message written in German can take up 3.8 times more space than the same message, in English. Meanwhile, Korean is a very “compact” language, taking up 20% less space than English.

Consequently, when translating interfaces, you’ll need to contemplate the possibility of text expansion and contraction, and make sure your UI’s composition is equally balanced and comfortable to navigate in all languages. Pseudolocalization is often performed to test if an interface can adapt to these changes in content length.

Pseudolocalization’s goal is to check how well the interface adapts to strings with different extensions. This prevents line breaks that render the text illegible, or buttons that break the UI layout. To check how the interface reacts to strange characters, developers may create a pseudo-language that will consist of glyphs that are readable by speakers of the source language but that doesn’t constitute a real language. Pseudolocalization is particularly powerful when implemented for multiplatform testing. 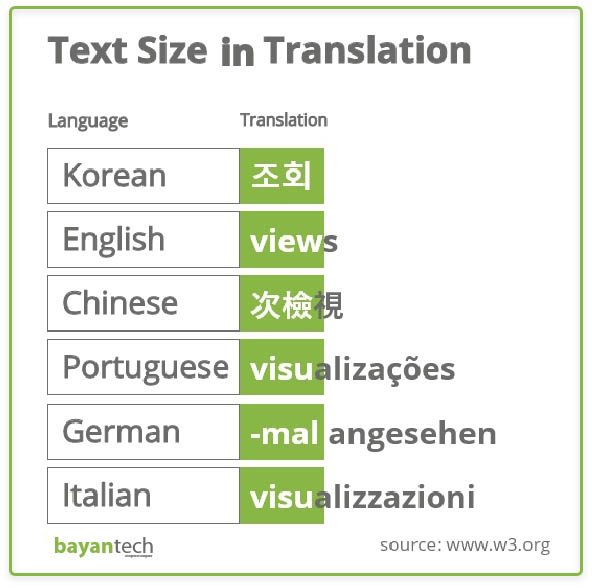 Functionality testing guarantees that the software operates correctly. Functional testing aims to determine if there is any bug or error in the code that keeps users from completing their desired tasks. Bugs are usually addressed by testers and developers considering two dimensions:

It’s also worth mentioning that all bugs carry a cost to fix. The further down the development process the bug is found, the costlier it could be to fix it.

User experience testing is a comprehensive type of testing that focuses on facilitating interaction between the app and the user, minimizing any “friction” that may prevent them from achieving their goals. You always need to pay attention to details, but even more so when you want to reach global markets. Differences in date-time format, currencies, quotation marks, symbols, and measurements need to be addressed in order to deliver a properly localized user experience. Even the most subtle aspects can affect a user’s experience. So, your localization testing (in software testing) should involve user experience testing.

A regulatory review of your product never hurts. You need to make your software complies with local laws in order to avoid costly delays in your business operations. Any regulations like data privacy protocols and cookie usage need to be factored into localization testing. If you’ll be hiring a localization company to handle your product adaptation, don’t hesitate to ask about regulations, especially if your product is a website or if it uses cloud technology. For instance, if you’ll be expanding to Europe, it’s relevant to ask potential partners how they’ll help you achieve GDPR compliance.

A comprehensive cross-cultural assessment is never unnecessary. Symbols and imagery that are integrated into the software need to be adapted to ensure a localized version of a product that avoids offensive topics. Additionally, imagery needs to reflect better the everyday living of the user and the cultural expectations of the domestic market. Localization testing, in software testing or any other process, is never complete without this sort of revision.

Last but not least, we should embark on compatibility testing. In the context of localization testing in software testing, it involves using the product with the software and hardware that’s most common in the target market. Different hardware settings can be used to double-check if the software runs smoothly. 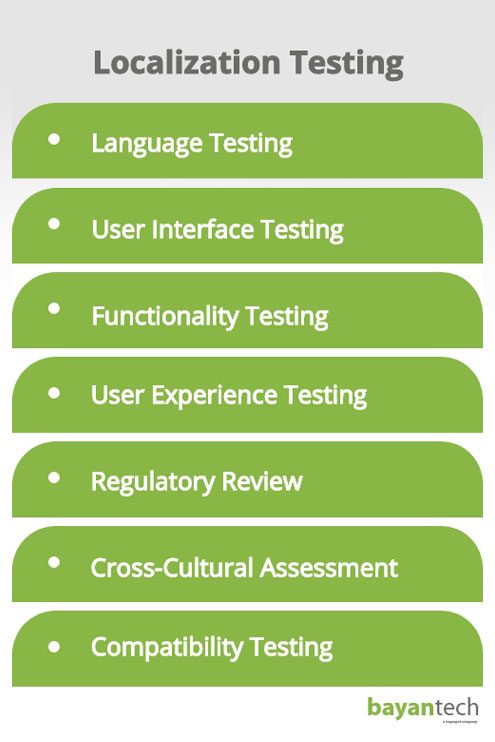 Why You Need Software Localization Testing in Software Testing

Embarking on a website or software localization process can be a dense and exhausting project. It requires proper planning,  attention to detail, and the right specialized partner. Otherwise, you can commit mistakes that will degrade the user experience, damaging your company’s image and stunting your growth in new markets. A well-localized user interface ensures that your product can be fully adopted by your target culture.

company and the customers, creating a quality final product that runs smoothly should be your top priority. So, you’ll want to work with a language service provider that can conduct a complete and strategic localization process, implementing software localization best practices and cutting-edge technology.

bayantech is a professional translation company with almost twenty years of experience. We use the most advanced technology to streamline the localization process, striking the right balance between efficiency, precision, and cost. Our team works across disciplines, crafting fully functional localized software products that engage users worldwide. Request your quote now. 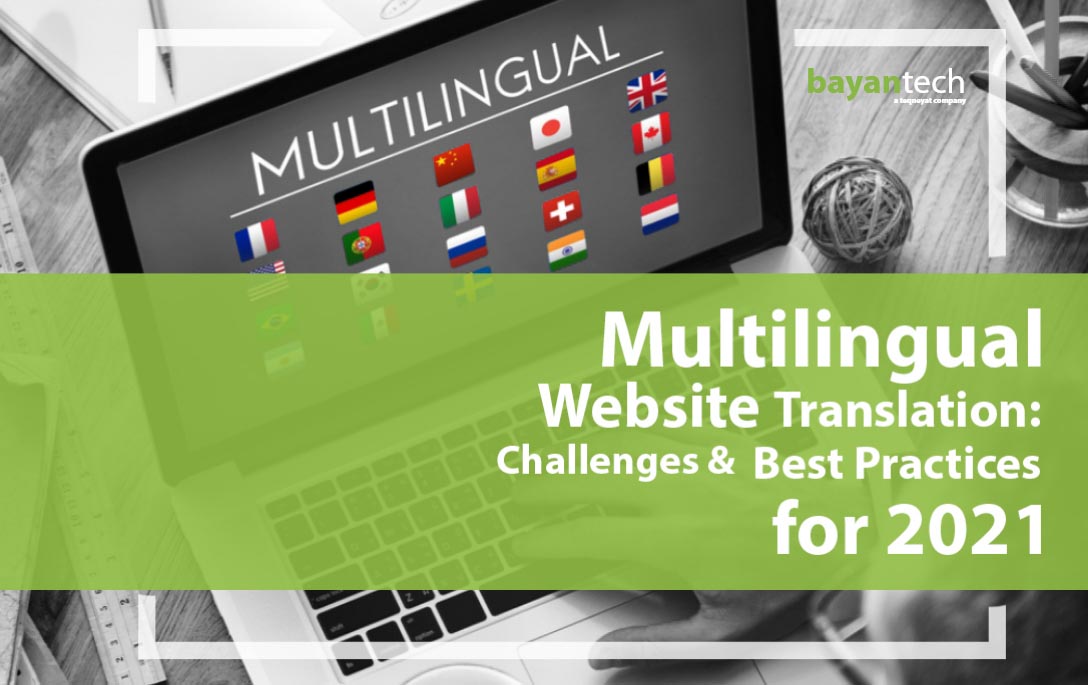 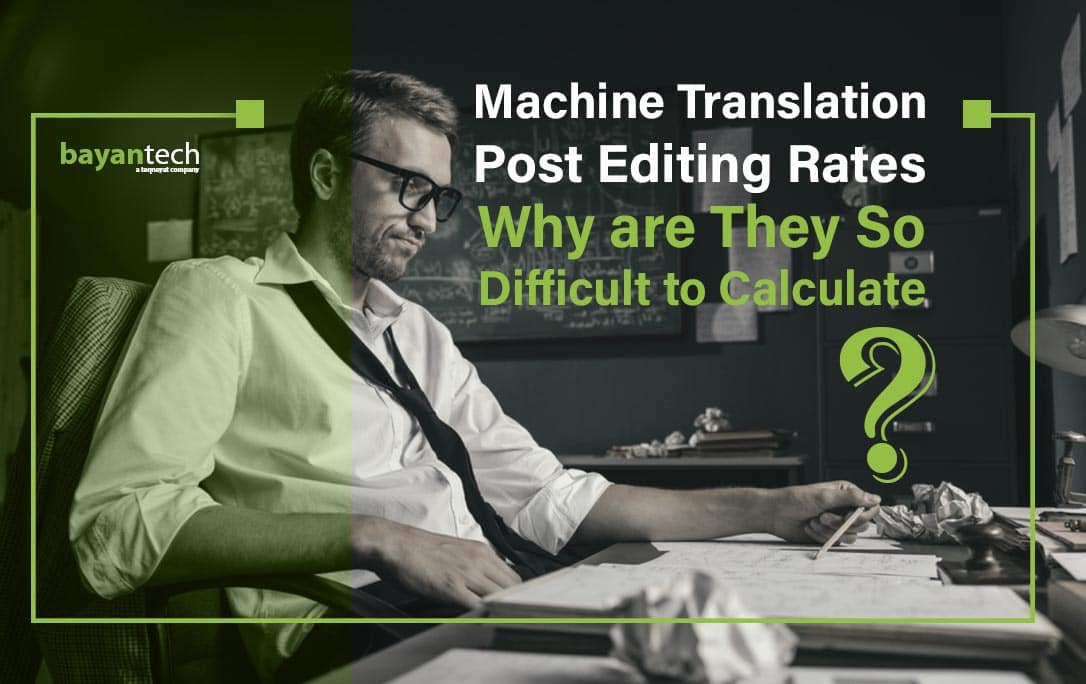 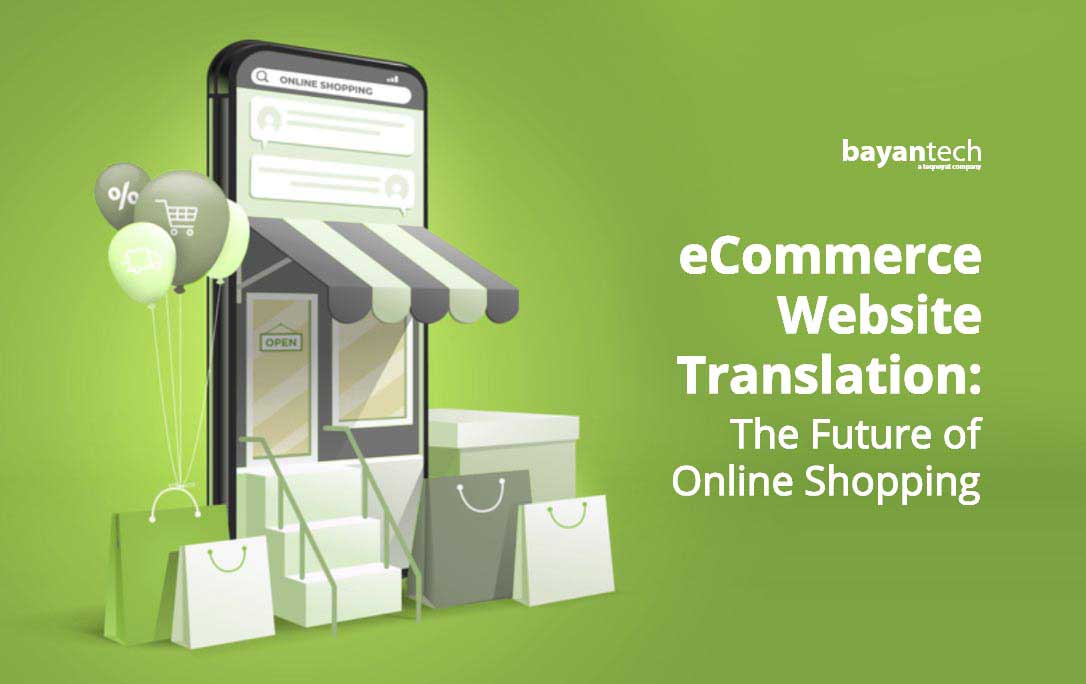